In my previous blog post I mentioned that I met people with the same rare condition. The last two months I have met five people while staying in the USA. One of them was Josie, a 10 year old FIL-sister from Iowa. Here you can find pictures and a video of our day together.

When I got diagnosed one year ago, I immediately started searching for other people with the same rare condition. I was lucky enough to find Josie’s website, made and written by her mother Erin, on which she shared updates about Josie’s surgeries and progress. We got in touch via Facebook and Erin added me to a group with three other mothers. Never would I have imagined that I would meet Josie and Erin only one year later.

About Josie
Josie has a twin brother, Brooks, and a younger sister Millie. Josie and I have a lot in common. Besides looking a lot like each other, we have similar hair colors and we wear the same kind of glasses. And the most interesting similarity: we are/were both competition swimmers!

Josie has already conquered a lot in her youth regarding treatments. She has been seeing an American doctor since she was four. She has had many surgeries focused on removing the tumor and facial reanimation process, which is the process of surgically correcting facial paralysis.

In total she has now undergone 10 surgeries and there will be some more in the coming years. Despite the fear and pain she and her family had to go through, Josie has always been brave and courageous. Very special for someone of such a young age and something I really admire.

Our meeting
Sunday March 25th we started the day at the Airbnb apartment Koen and I were staying. Josie, Erin and Brooks picked us up. After the needed hugs it was time for presents. I brought a bag with typical Dutch candy for them to try.

The necklace Josie and Erin gave me. Such beautiful text! It was made by Erin’s friend. 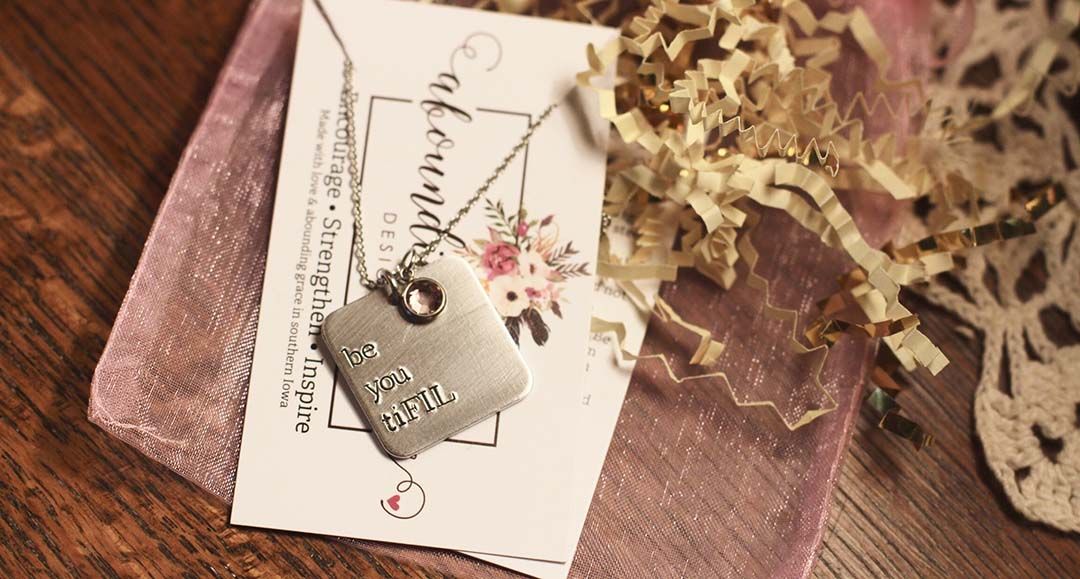 First we visited Sea Life where we enjoyed the little – and not so little – fishies. After that we took the free (yes, free!) tram to another part of Kansas City. We walked through an indoor market and ended up in the most crazy candy shop I’ve ever seen. They sold lollipops with real insects for example! Eeks!

We ended the day at an awesome train restaurant where food gets delivered by train. So fun! 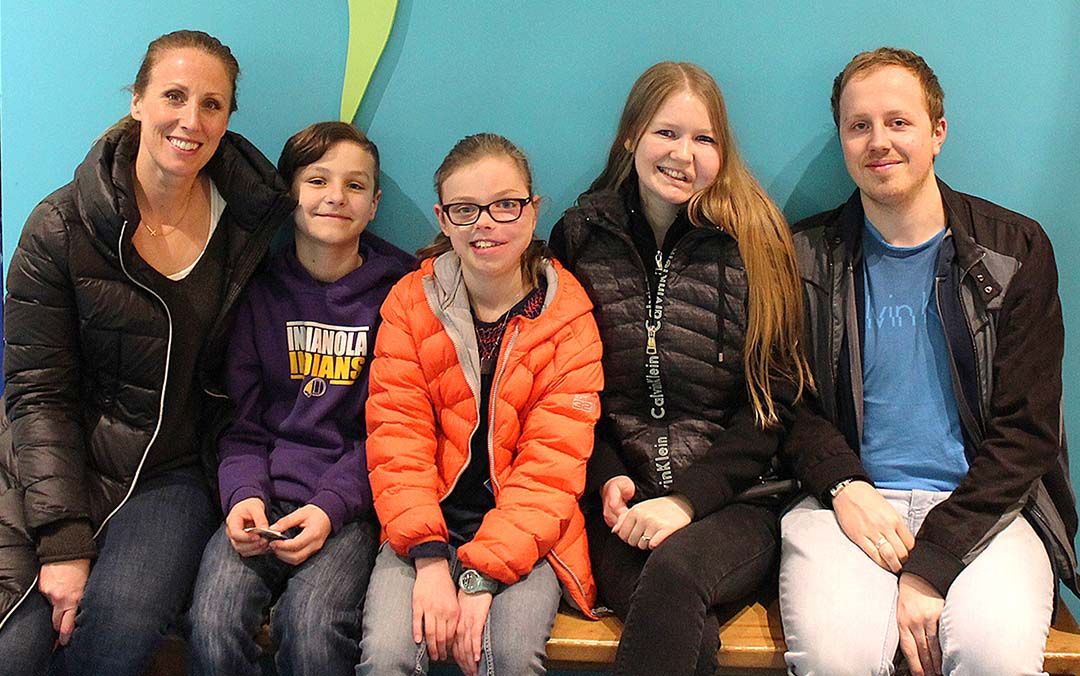 It was a very special, emotional day and it was hard to say goodbye at the end of the day. I’m looking forward to the day we will meet again, hopefully very soon!

A short video about our day together